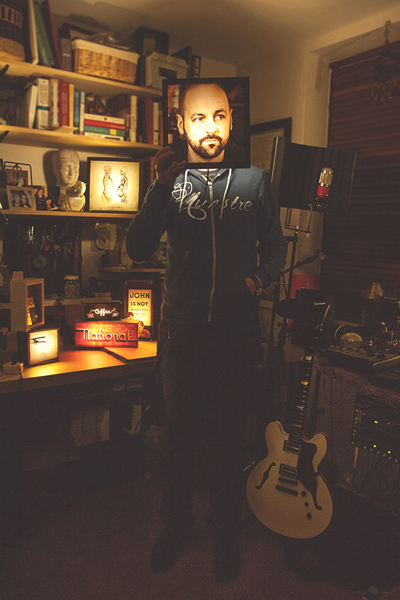 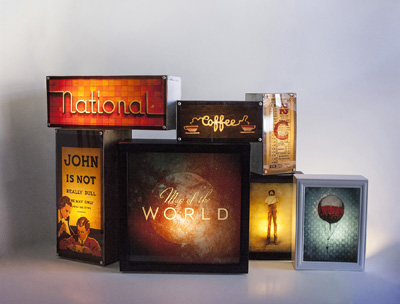 Munstre (mun-stir) began as a happy accident back in 2008, I used to make buttons for bands and events in the Boston area, and I’d do all of the layout and printing before finally running each piece through the button press. If the order was large enough I’d tape a few sheets of paper together in order to save time during the circle cutting stage – but in order to be sure everything lined up correctly on each sheet I’d hold the group of them up to a bright light. I’d hold them up, think “goddamnit the registration’s off again but hmm that’s a nice looking thing”, fix the registration and move on. It’s kind of a minimal moment, but one day after wrapping up an order I decided to print out one of my own simple designs onto some aged paper, I didn’t have a frame or anything built yet, but against the light that particular artwork came to life in a way that just didn’t quite work sitting on a computer screen… and I immediately felt like this thing had some potential. I at least wanted one for myself. 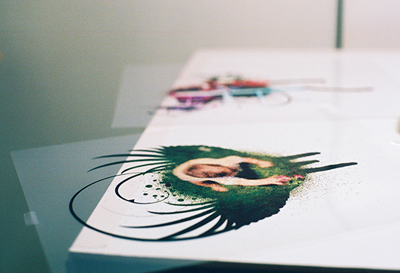 The problem then was I had very, very little experience with woodworking and no knowledge whatsoever of electrical wiring (although I DID mount a battery powered 3v fan motor to a slab of wood when I was in 3rd grade) so I had to kind of find my way. Fortunately my dad had all of the equipment I’d need to start, and he helped me make the first frame for these lightboxes while also showing me how to not explode myself or his garage. Every step since then has basically just been learning, practicing, refining, testing new ideas, refining those etc… 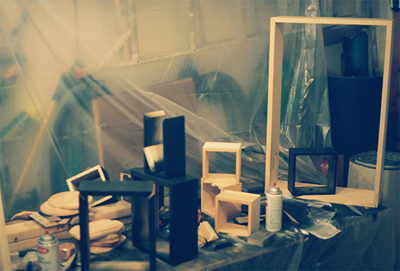 The style for Munstre has always reflected what I’m into in my own life, which tends to be antique or historic items with an ‘oddities’ edge to them, particularly medical ephemera. For years I’ve collected old photographs, books, clocks, 8mm films – all sorts of items that inform my decisions when it comes to design. Though each image is a product of a massive amount of photoshopping & digital painting, I try to impart enough real textures and layers around the focal point, and on some level keep the images grounded, so the viewer feels some connection to the piece while maintaining their curiosity. 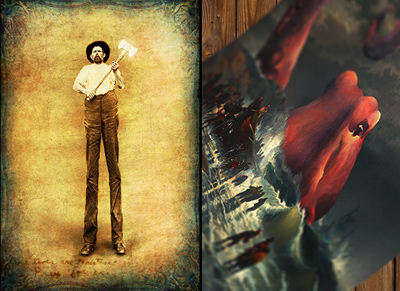 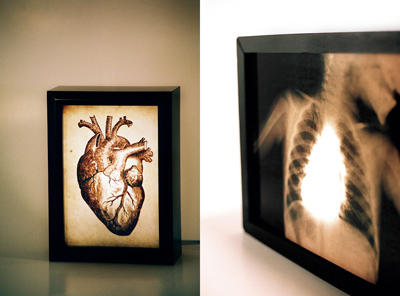 Over time these lightboxes showed up in stores, articles, a couple movies & tv shows. The support was very exciting, but it also became extremely exhausting. I had made so many little adjustments to my own construction & ideas along the way, I knew the process was probably far from efficient, and the idea of getting someone to help felt at once very needed & very daunting.

Eventually I was offered a FT Design job which of course ate up the majority of my production time, and I kept Munstre around as a minimal side project, thinking I’d return to it in a more dedicated way at another time. 6 months became a year, which became two. Then life made some adjustments for me, because somewhere in there I ended up meeting my now fiancee while she was in Medical school at Brown, and upon graduating she matched in Philadelphia for residency, so we picked up and moved down here without really knowing anyone. In the process of the move I decided to deactivate Munstre. Philly was a big reset button for me, and being the partner of a resident Physician I found myself with lots, and lots, and lots of alone time. I began using this time to refocus some creative energy, building a new workspace, re-discovering a love for music, and very slowly building a small recording studio as my interests grew. I started a music project called “Colurer”, and while I’m still writing and recording a full album (out in 2017) this process really helped wake me back up creatively. I’ve put out a handful of tracks, and am currently finalizing discussions to license some music for a movie coming out next year. 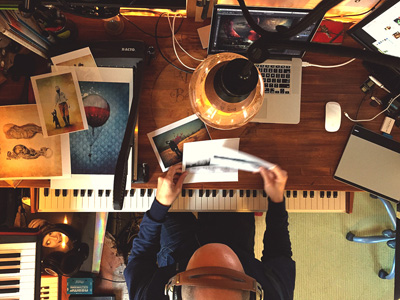 This summer I was hit with a drive to reinvigorate Munstre. Working with some new materials, like textured stained glass, more interesting frames, and some great options with LED’s I am probably more excited than I was at its first inception. This time around I am also more inspired by the things I’ve come to appreciate through my fiancee: cooking, gardening, a connection to nature, and a generally more positive outlook on life. If you’d told me in 2008 I would one day find inspiration from green beans I would’ve questioned the course my life was taking. 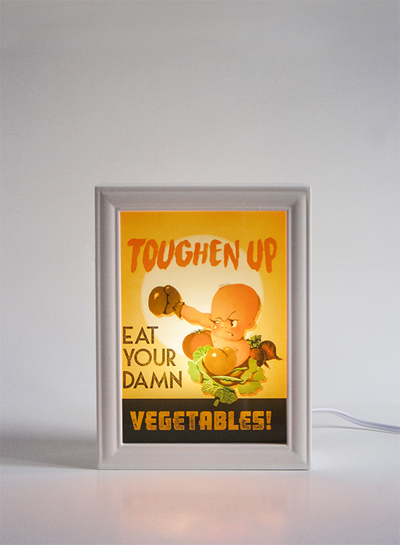 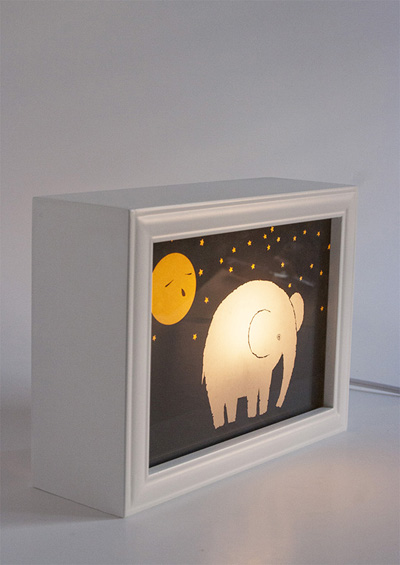 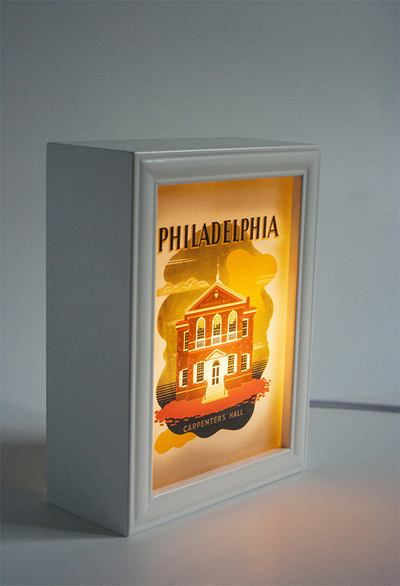 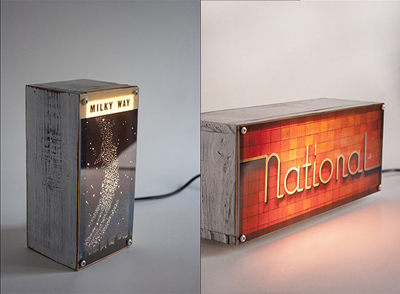 On a whim I sent a vendor application into Art Star and used that as the catalyst to get the project back in full operation. I’ve since carved out space in our apartment, working partly on our deck, and the other in the back half of my studio. In here I’m designing, assembling the boxes, printing films from modified wide-format printers, painting, wiring, and photographing everything in a much more streamlined way than I’d ever done previously. 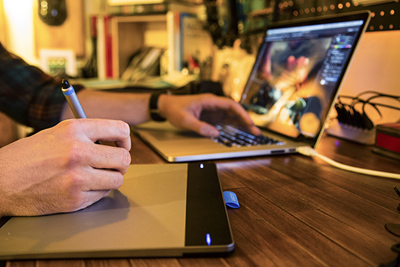 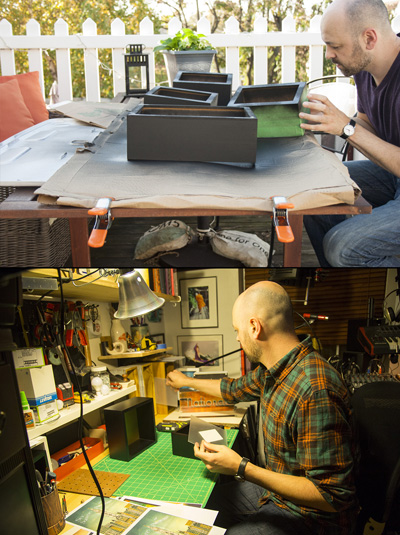 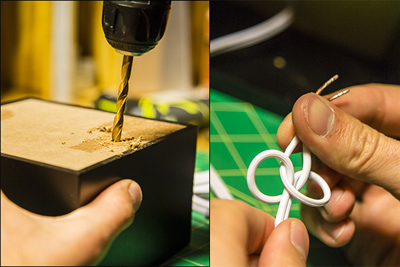 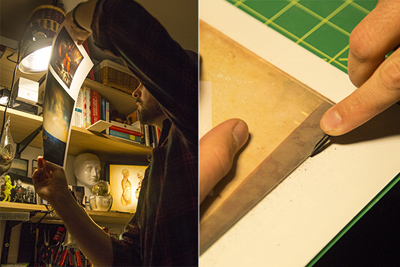 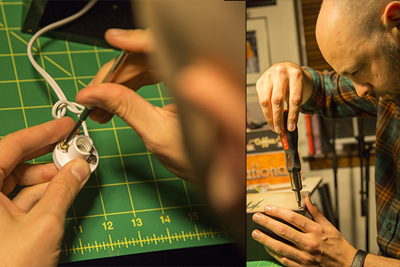 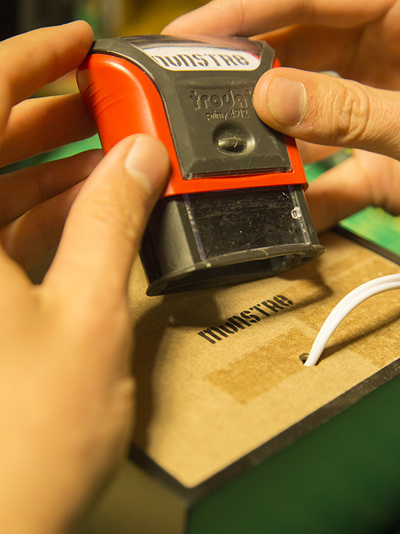 Thank you Art Star for accepting Munstre as a vendor, while I’m very busy designing & building a new collection of images for the bazaar, I will be continuing to add new products on http://munstre.com & my recently opened Etsy account (linked through my website). Looking forward to meeting everyone! 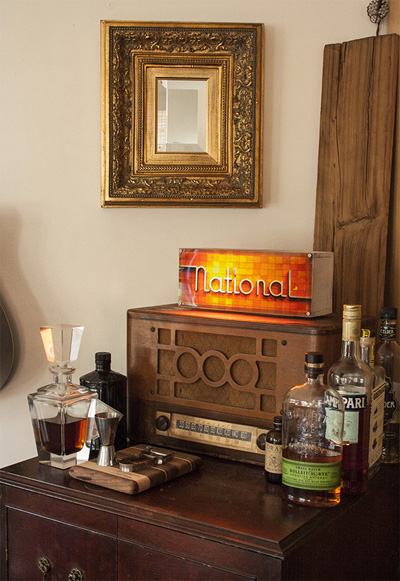 If you’re curious about my music project Colurer check out https://colurer.bandcamp.com/music