I’ve been photographing cities like Philadelphia and Baltimore for the past 20 years. I’m from Providence, RI originally, but moved to Philly in 1998 to get my BFA from The University of the Arts. I lived there for ten years before heading to Baltimore in 2008 to get my MFA from Maryland Institute College of Art. I’ve been in Bmore ever since. Back in 2005, a good friend of mine convinced me to start selling my prints on the streets of New York City outside the Met, Union Square, and Soho. I lost money, but did sell work while learning a lot and having lots of fun doing it! Eventually, I started participating in organized shows and haven’t looked back since. I also show my work in galleries from time to time. When I’m not out shooting, I work on my images at my home studio. I also have access to a professional fine arts studio called Full Circle Fine Art Services, where I work full time as a Digital Imaging Specialist. This will be my 10th year exhibiting with Art Star! 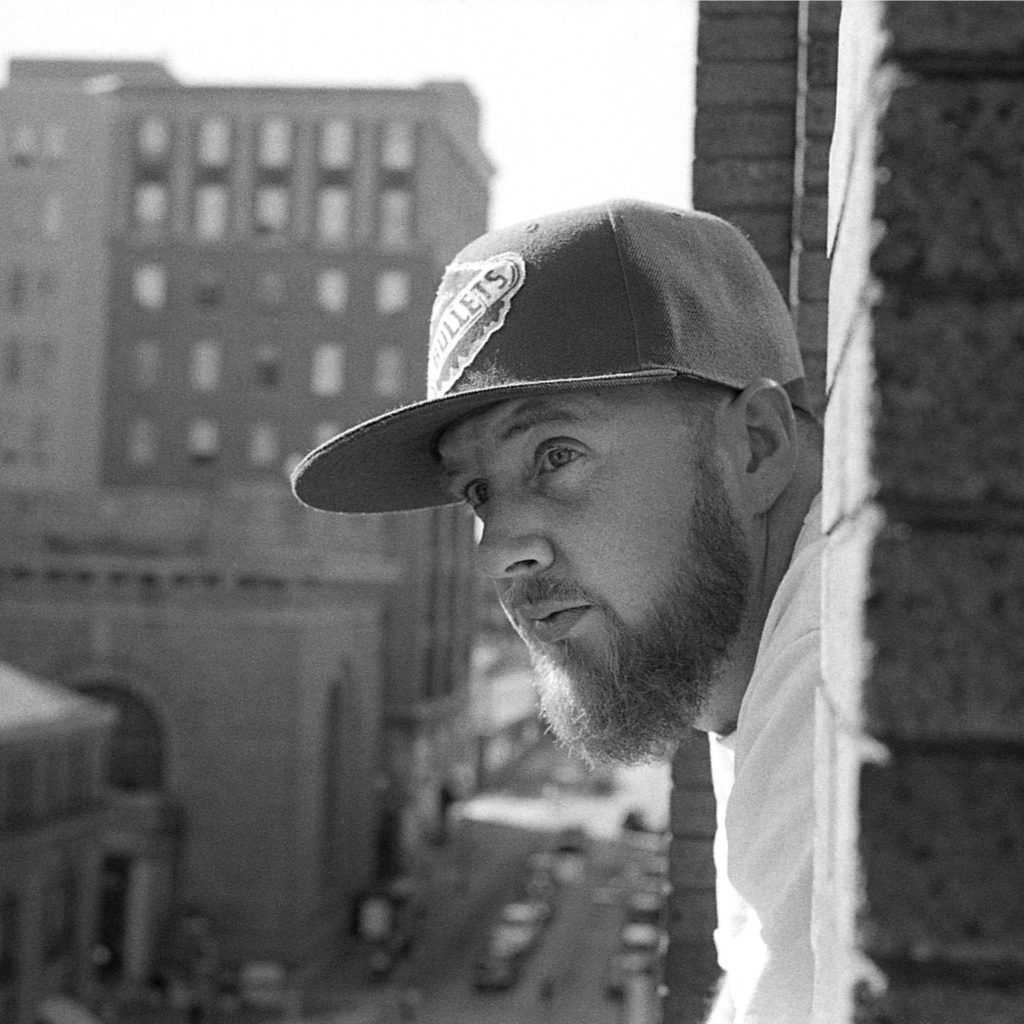 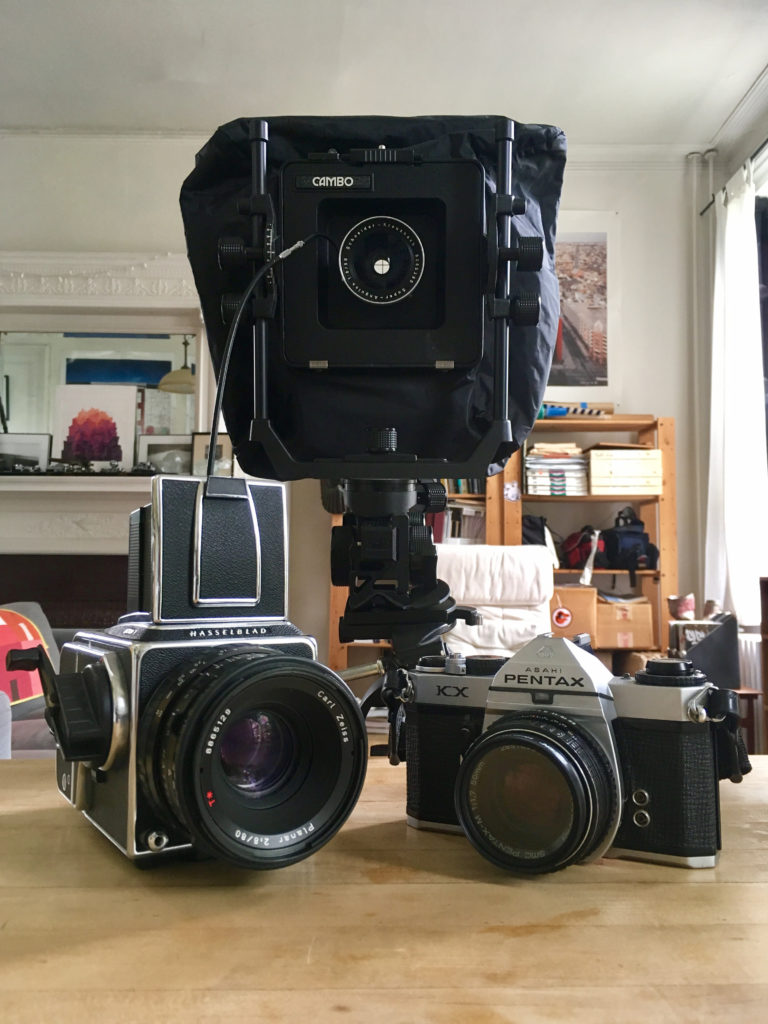 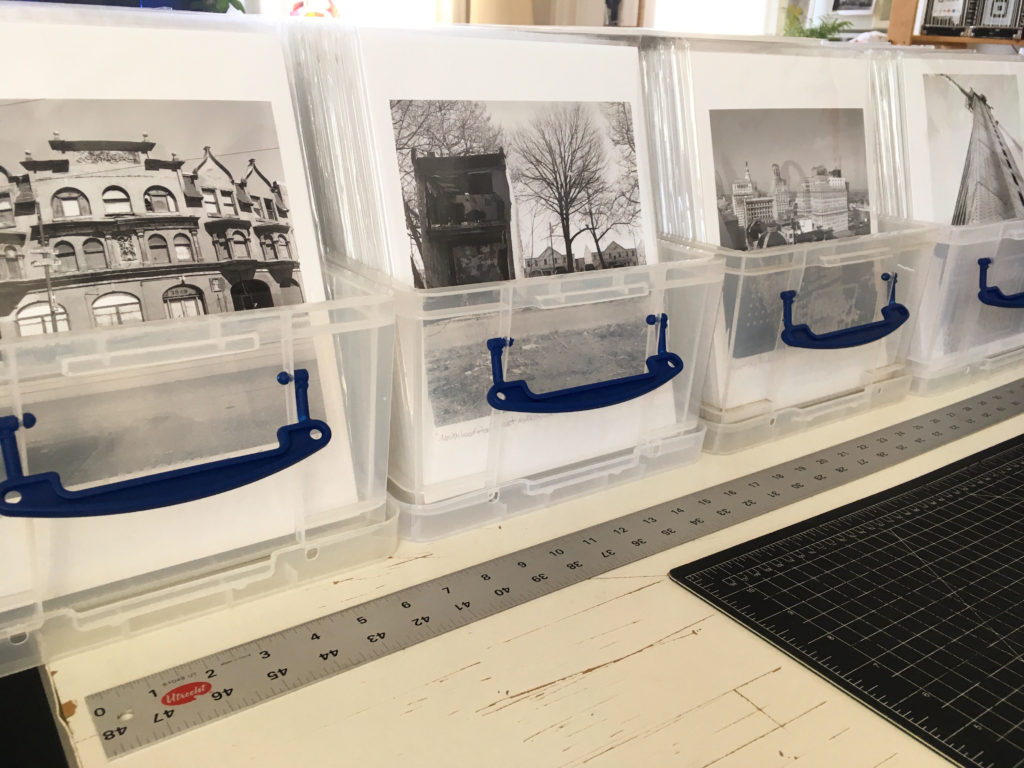 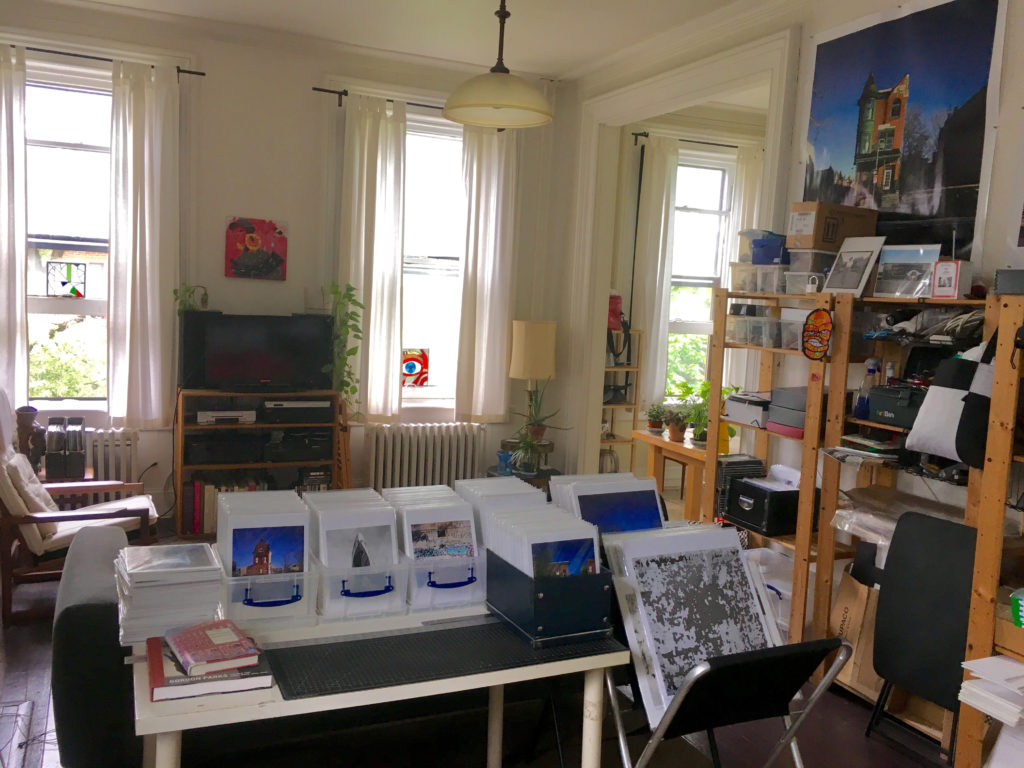 When I came to Philly in ’98, all I wanted to do was get on the bike and explore the city. I was attracted to how much abandonment and ruin there was, and wanted to photograph as much of it as possible. I started out shooting with 35mm film, mostly black and white, with a Pentax KX, and then graduated to a Hasselblad and 120 film. I was more adventurous in my younger years, so I would sneak into places like vacant buildings, the piers along the waterfront, railroad tracks, etc., photographing the grit of the city. The unique thing about this body of work is that it captures the time in the city prior to the rapid redevelopment and gentrification that has taken place in the past decade. Much of what I documented doesn’t exist anymore. 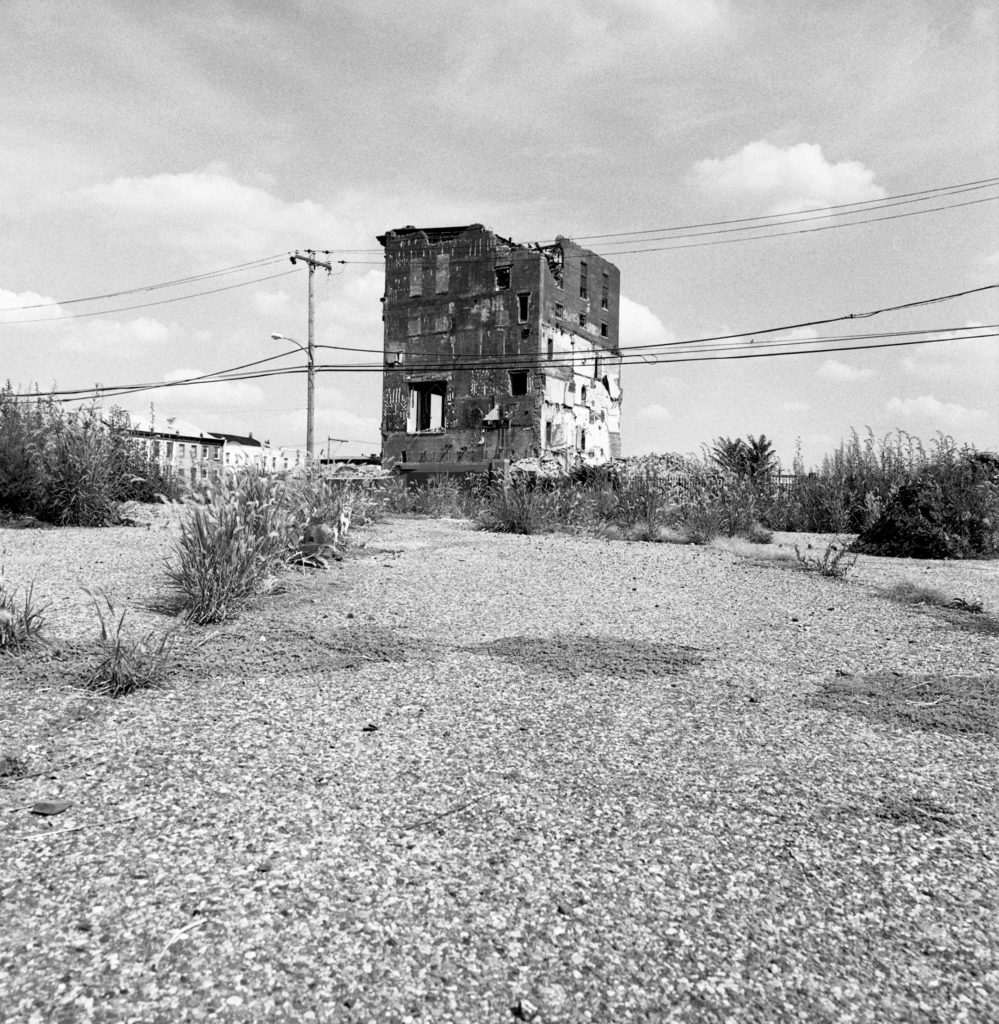 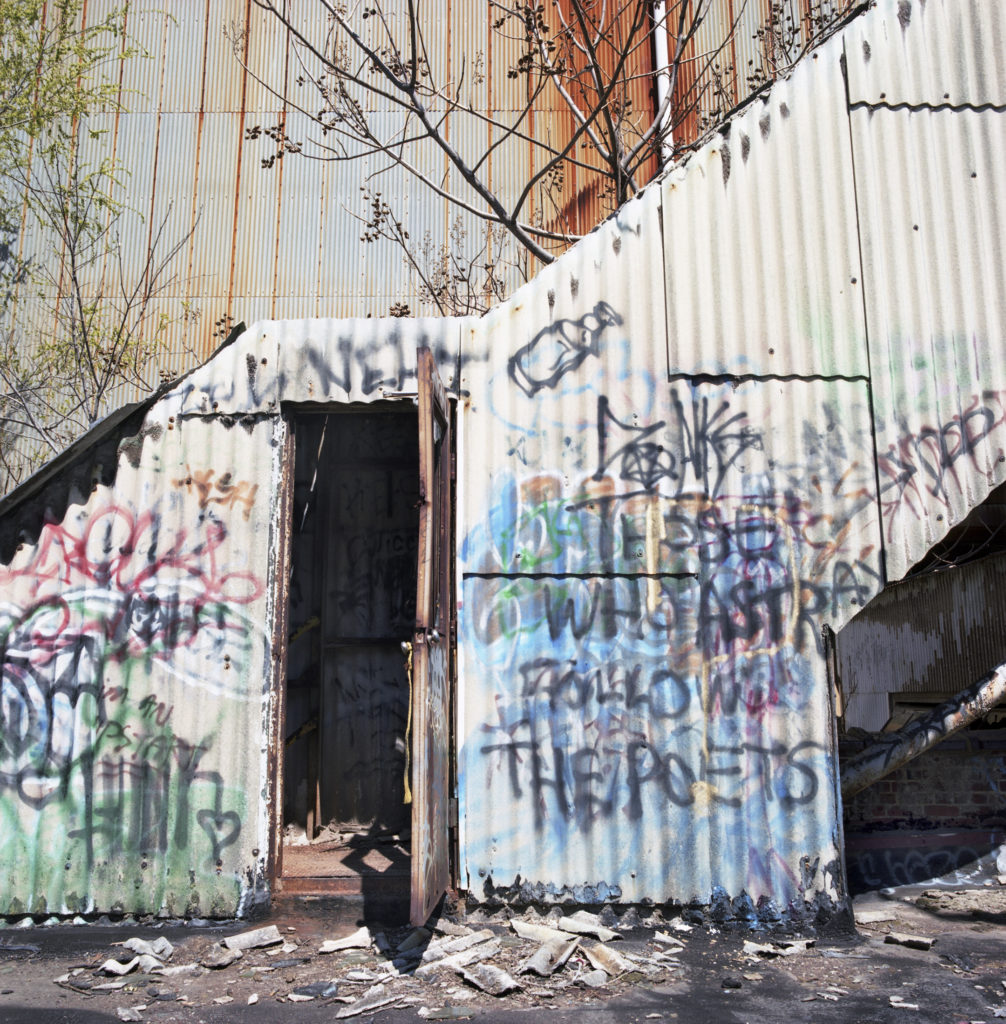 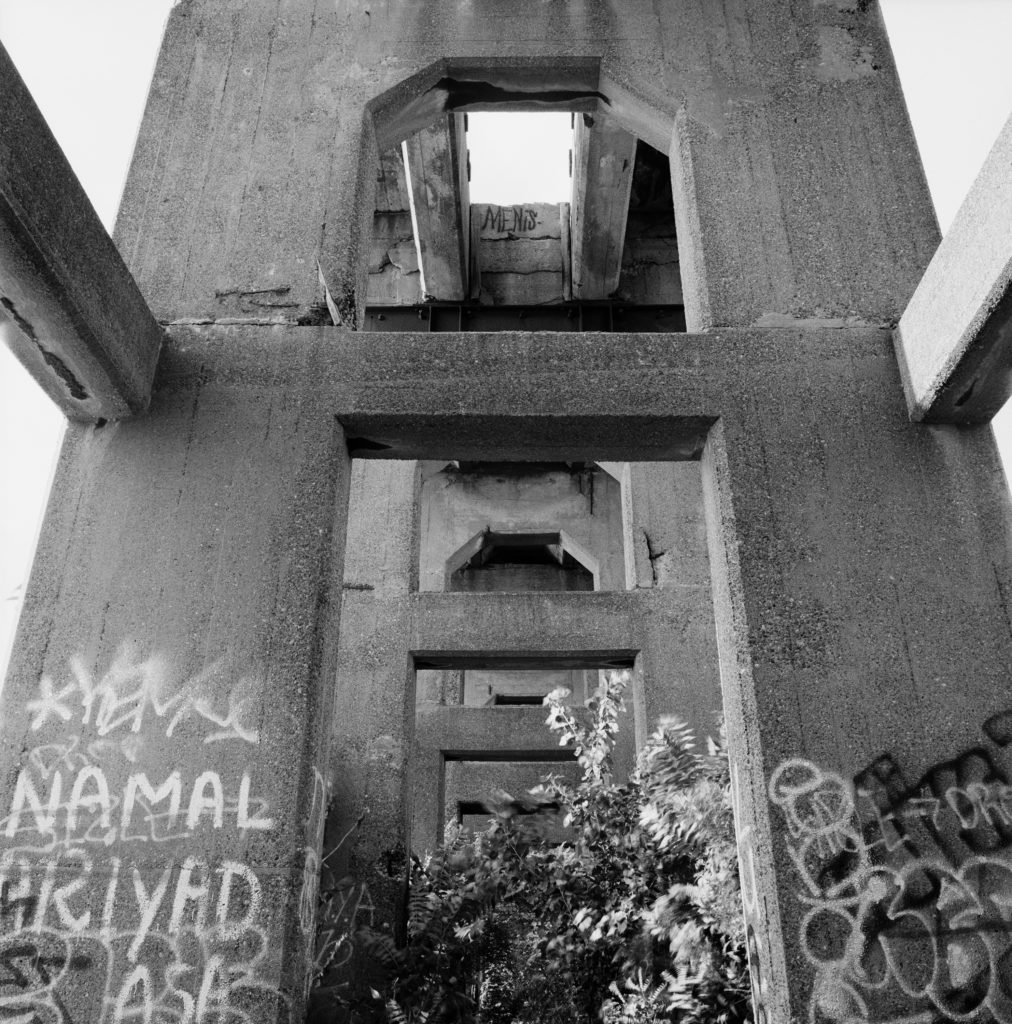 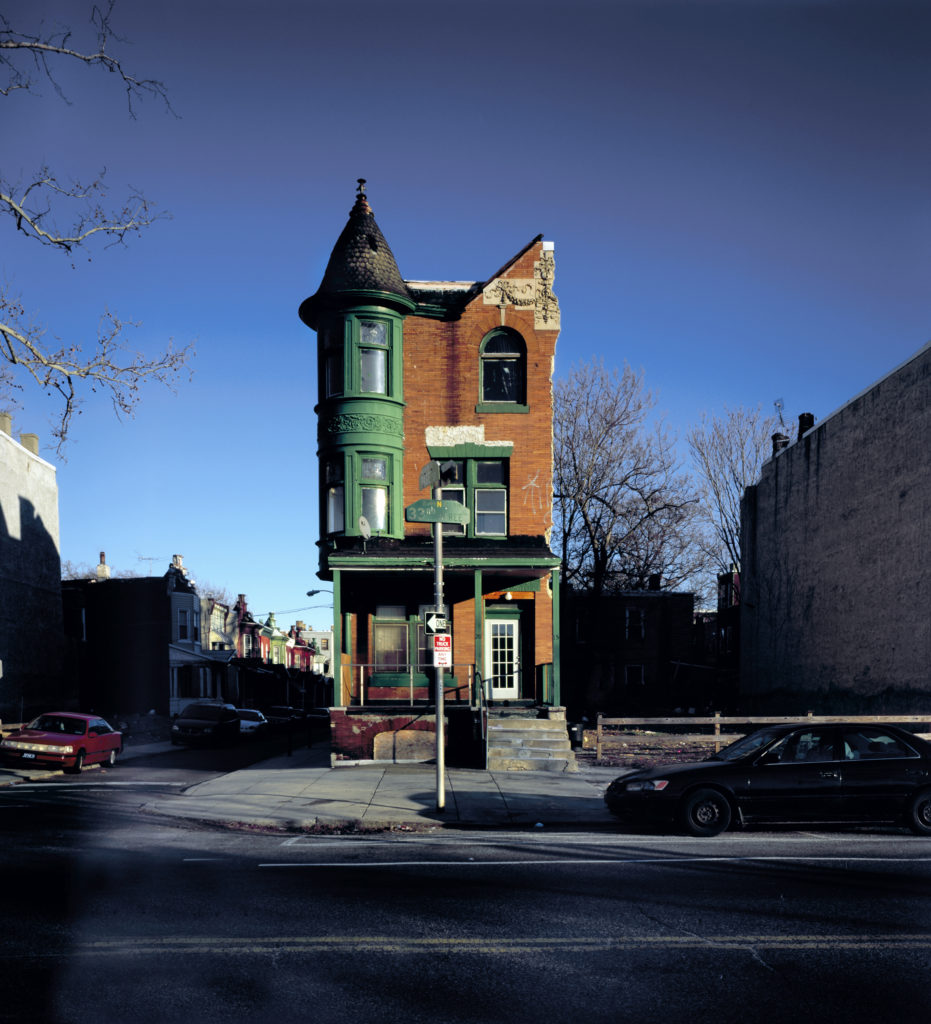 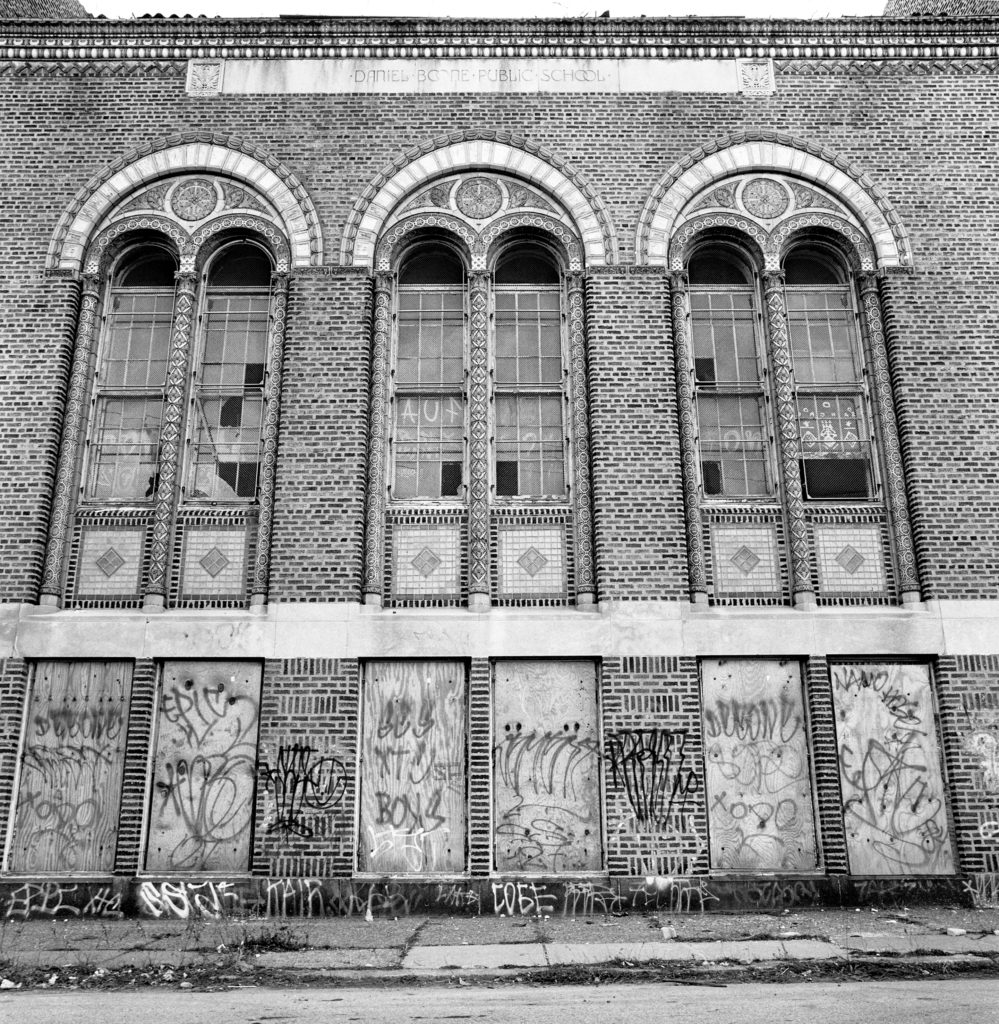 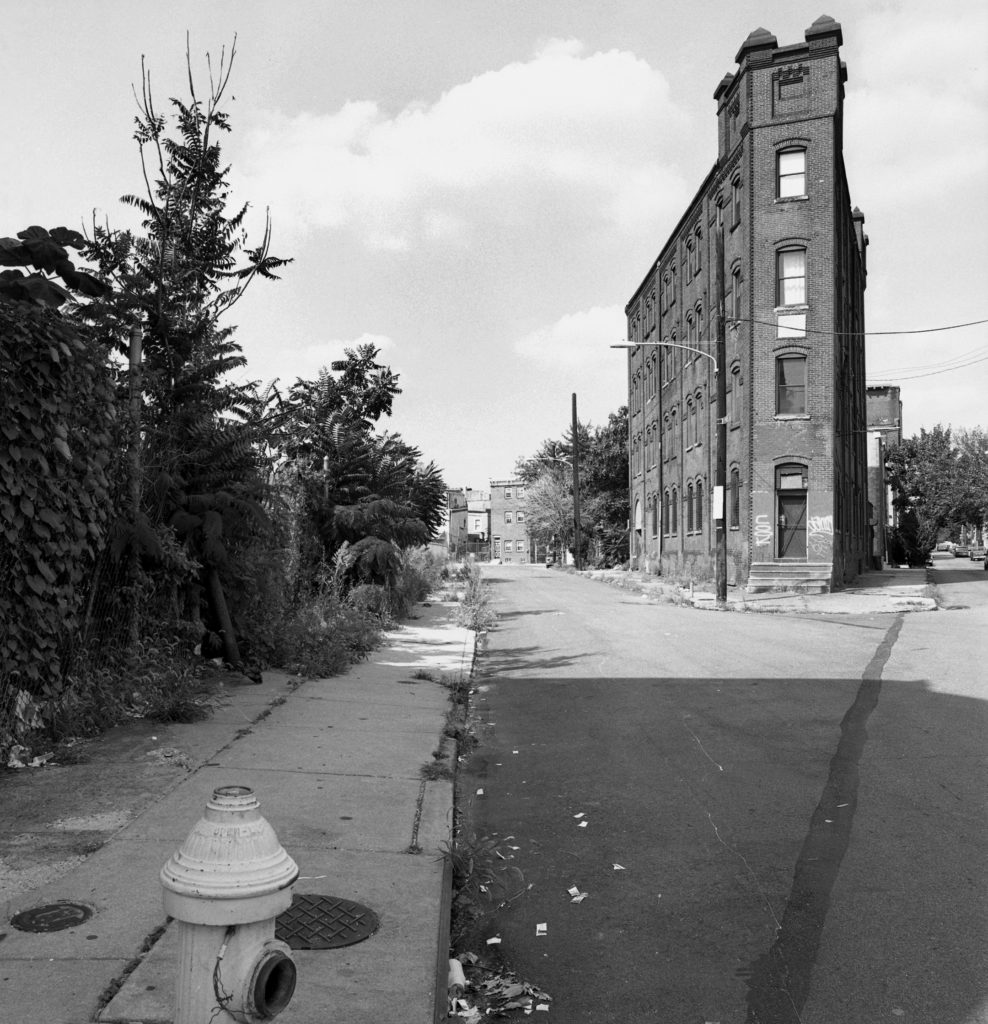 I went to grad school to learn more about urban history and gear my work towards telling that story. I didn’t want to just photograph abandoned places anymore. I wanted to know what happened to those places. My graduate work was focused on the failed urban renewal project in East Baltimore known as Old Town Mall, formerly Gay Street, and now a desolate two block pedestrian mall just east of downtown. I photographed each of the buildings on the mall, essentially creating a historical document of what is left of the neighborhood after decades of decline. I researched Old Town’s history, what happened to it, and what was and is being planned for its future. I combined all of the research and photography into a self-published book titled, Old Town, East Baltimore. 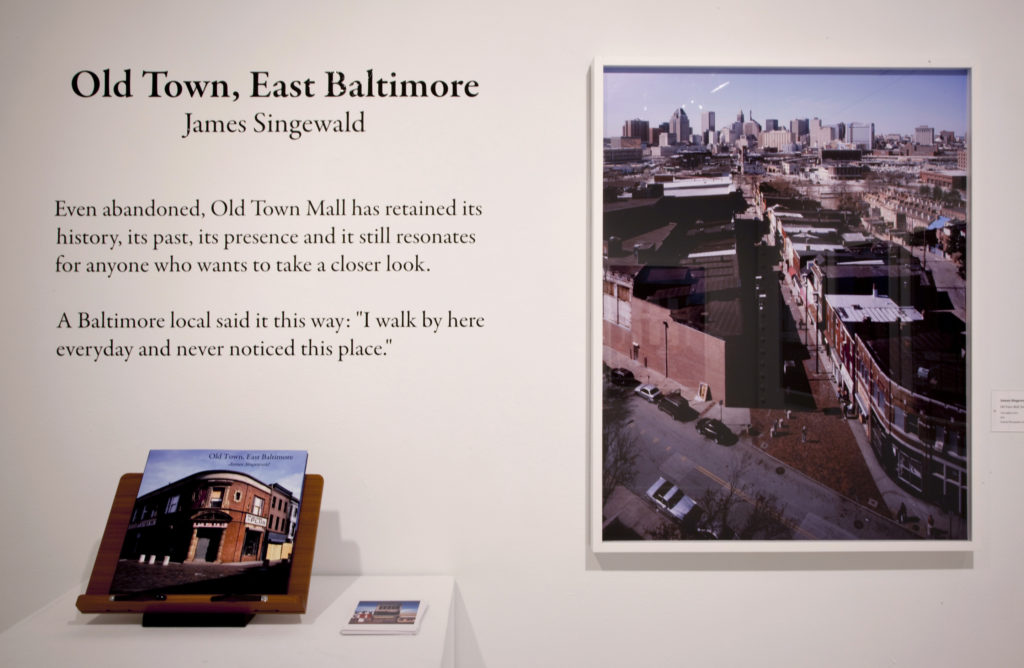 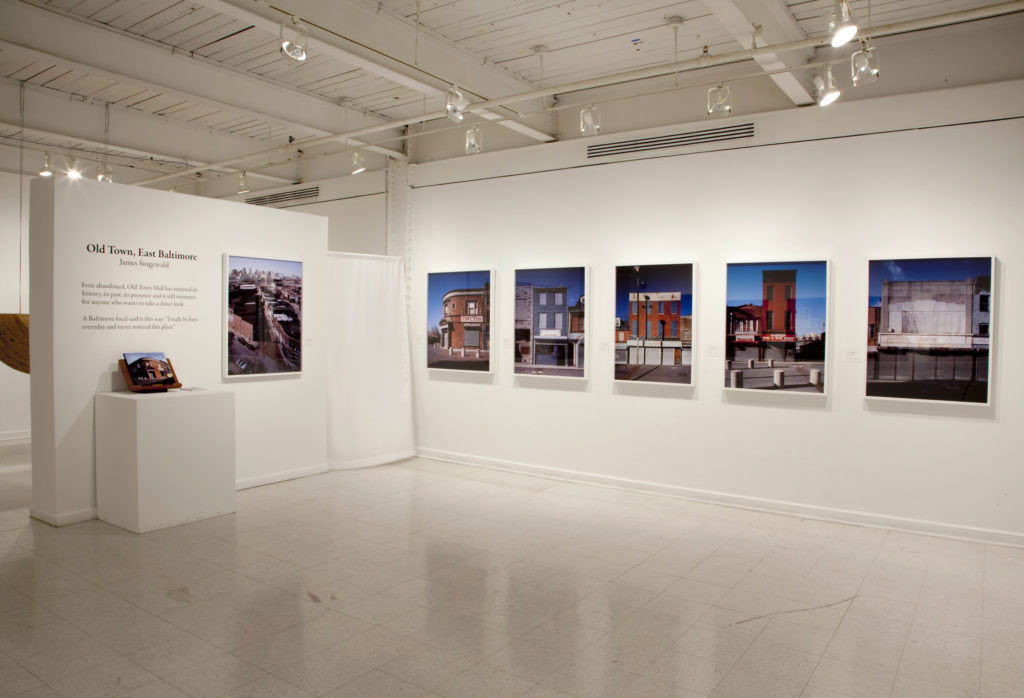 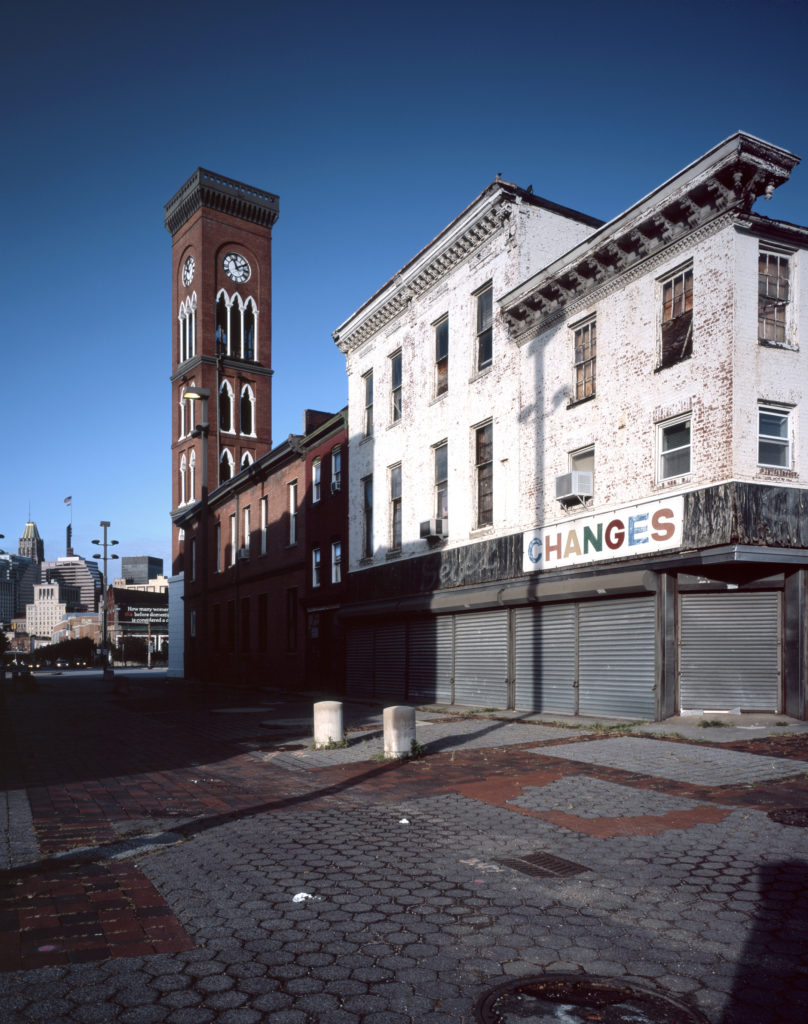 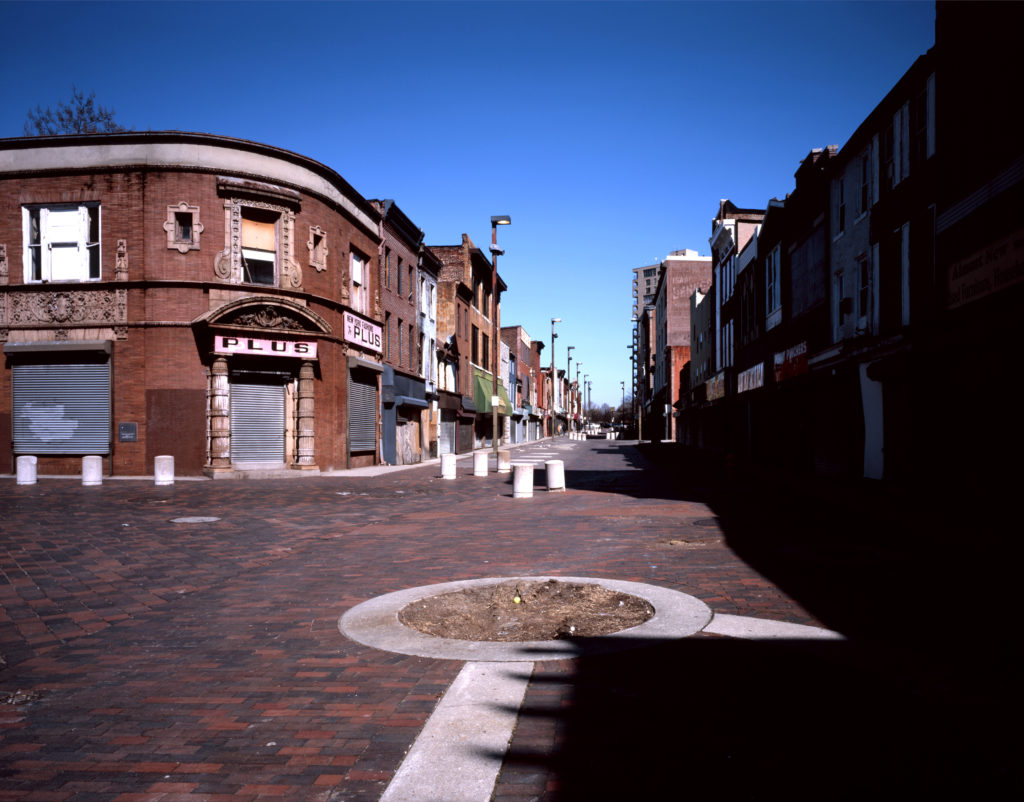 For the past eight years I have been working on a project titled, Baltimore: A History, Block by Block, which is a larger continuation of the Old Town project. I’ve been photographing ten main streets in Baltimore. Using a 4×5 view camera and Fujichrome Velvia slide film, I document these streets, building by building, block by block. I find that a combination of good light and the saturated color of the slide film I’m using creates a glimpse of what these buildings once were and could be. So far I’ve documented over 100 city blocks. The long-term goal is to publish a series of books along with several exhibitions, preferably in the neighborhoods I’ve been photographing. I also want to create a comprehensive, interactive website where I can present all of the photographs and research and make it accessible to the public so they can add stories or commentary about a building, street, or neighborhood. My goal is to leave you not only with a sense of the condition of Baltimore City, but also a feeling of urgency to see that it is improved and preserved and that the rich history behind the architecture and the community is not lost, but rather embraced. You can learn more about this project at bmoreblockbyblock.tumblr.com. 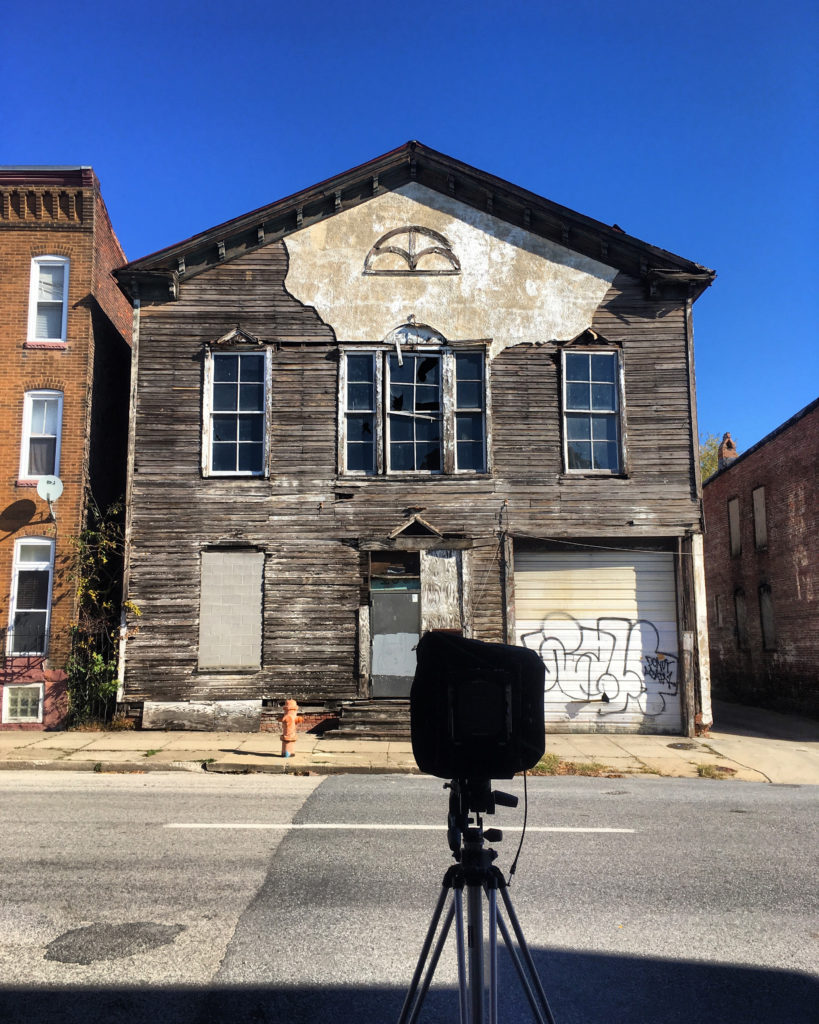 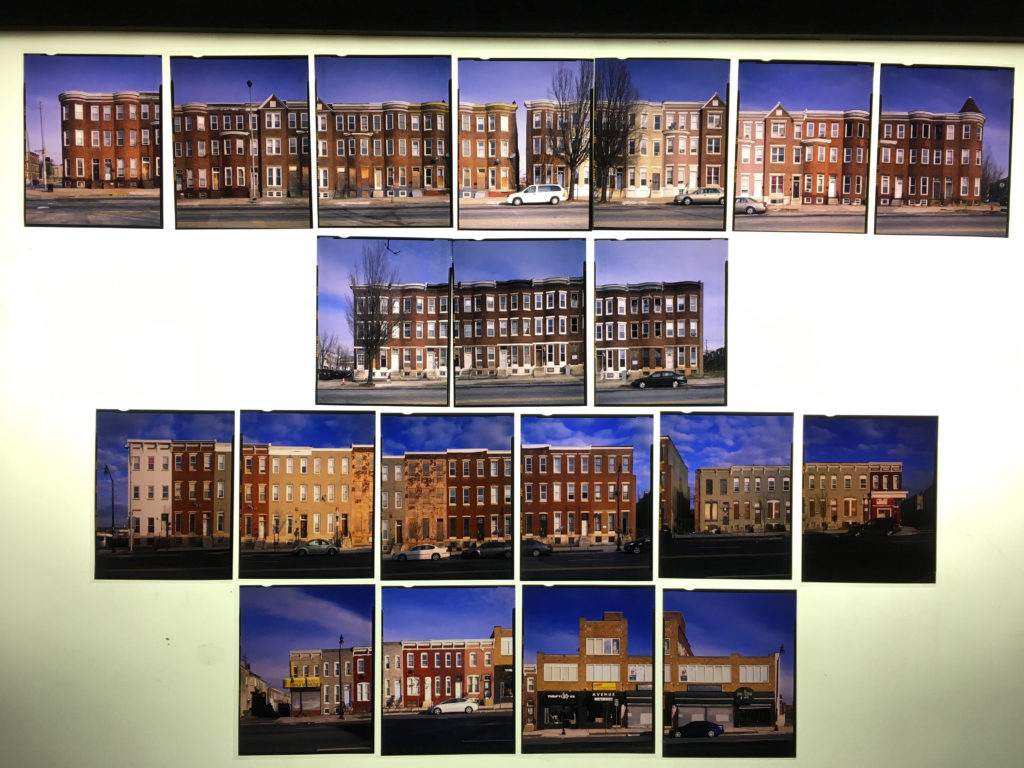 I’m looking forward to another weekend at Art Star Craft Bazaar! As usual, I will have prints of various sizes mostly of Philly, and always a small selection of images from Baltimore and a few other places. You can view my full portfolio at www.jsingewald.com. I’ll be over by the Seaport Museum this year, Booth #91. Hope to see you there!