We are really excited to announce a solo exhibition with NJ based papercut artist, Casey Lynch of Squirrel Tacos. You may already be familiar with Casey’s work from the shop and all of our various craft bazaars and pop ups. I found her and her work at Inliquid’s Art For the Cash Poor a year ago and was enchanted. I immediately invited her to be a part of our Art Star family. Her new papercuts will be taking over the walls of our gallery from September 23rd through November 12th. The show is aptly titled, Joy Follows Like a Shadow. We will be hosting an opening reception with the artist on Saturday, Sept 23rd from 6-8pm. We hope to see you there. 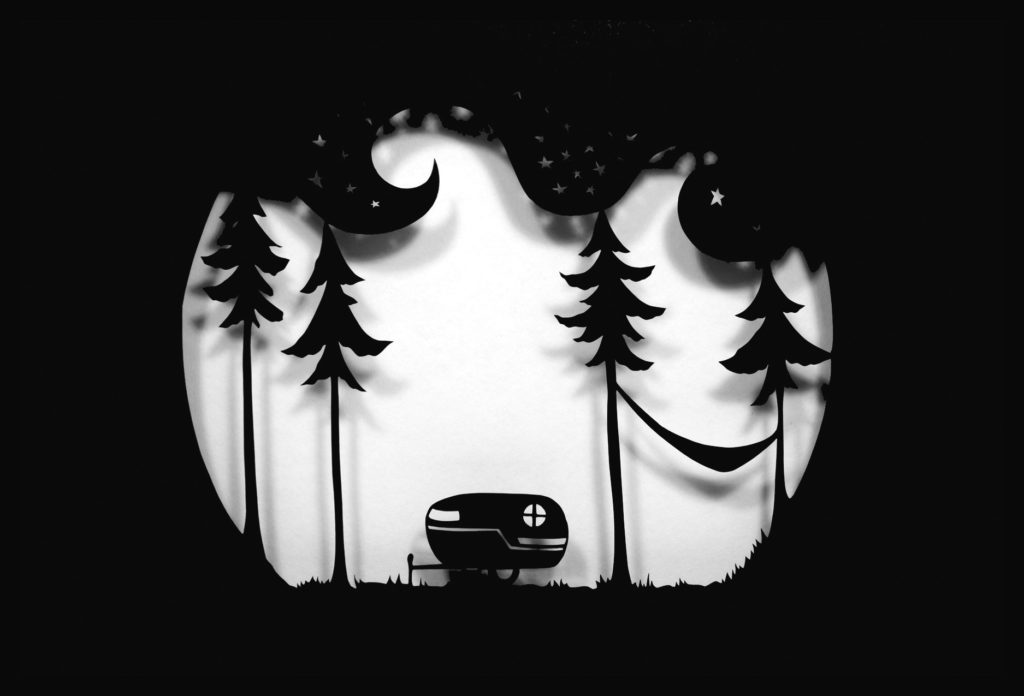 Artist Statement
I often feel like a 3D artist working in a 2D medium. There is a drive to add more dimension, to make it more vocal. This show allows the paper cutter in me to live, very happily, with my sculptural heart. The portraits are up to 8 handcut layers of paper, each layer meticulously cut and assembled to build up depth that from a distance, can appear as a pencil drawing and up close seem to be a sea of chaos.

Meanwhile, the glass on glass frames and the shadow boxes of my single sheet papercuts let the work cast a shadow behind itself. I am intrigued with shadowplay, the themes of shadows in literature, and its failure to exist without light. Shadows allow me to add depth without compromising the clean lines and content created with my knife.

I make my work with a city dweller in mind, someone who loves the hive of activity but has a need to get lost in the woods to recharge and reanimate. I understand that desire to escape and keep a little wild and wonder in a concrete landscape. I am thrilled to create campers, forests, woodland creatures and mountain tops for this show. A lifetime of sleeping in tents and patiently waiting for owls to respond to my hoots is present in each piece.

BIO
Casey Lynch was born into a large family in Philadelphia. Childhood summers were filled with camping trips and exploring the woods. This continued into college where she traveled with the Penn State woodsman team, became a champion axe thrower, and later moved to Teton valley, Idaho. After returning to Philadelphia and experimenting with many craft and art forms she was star struck by papercutting. She started Squirrel Tacos, named for a corn tortilla loving squirrel that begs at the kitchen window, in 2012. Currently she lives in New Jersey, surrounded by woods and water and focuses her work on National Parks, camping, and lighthouses.
www.squirreltacos.com